“Easy to swallow. My Dr was extremely surprised at my D3 level! Your D3 supplements, along with hours of sunlight exposure during the summer months, gave me great D3 levels from a r...”

“Great product and easy to swallow”

“I need Vit D because I am fair skin and I try to stay out of the sun or I burn. So vitamin D3 helps to keep me healthy. ”

“Love your products and staff is amazingly ”

“Been using for years.”

“Love this very simple to take supplement. It keeps me in optimal Vitamin D3 range! ”

“I like it. Would be awesome if you also pair it with K2. Most people have no idea they have to take D with K2. For now I buy Natural Factors K2, from nano-beans. ” 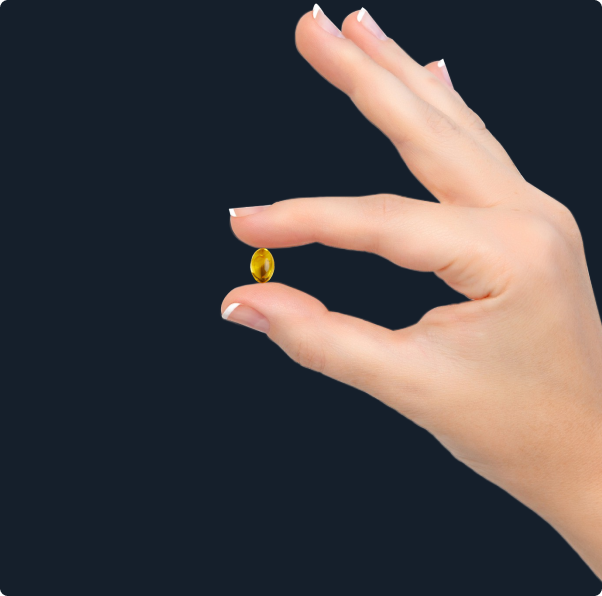 Produced in a GMP-Certified Facility; our D3 is Non-GMO, Soy Free, Gluten Free, and more.

Our Vitamin D3 is USA manufactured and produced in Bloomingdale, Illinois.


Produced in a GMP-Certified Facility; our D3 is Non-GMO, Soy Free, Gluten Free and Certified Kosher by Triangle K®. 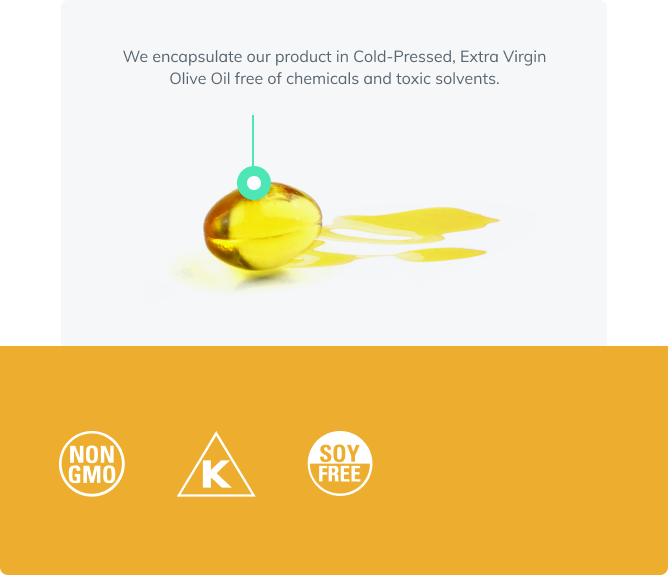 Not all Vitamin D3 is created equal

In Today’s Market, you will find dozens of Vitamin D3 to choose from. When selecting the right Vitamin D for you and your family; the most important steps are avoiding brands known to be genetically modified (GMO), synthetically made, that contain corn or soy, and companies that do not manufacture in GMP (Good Manufacturing Practices Certified) facilities. 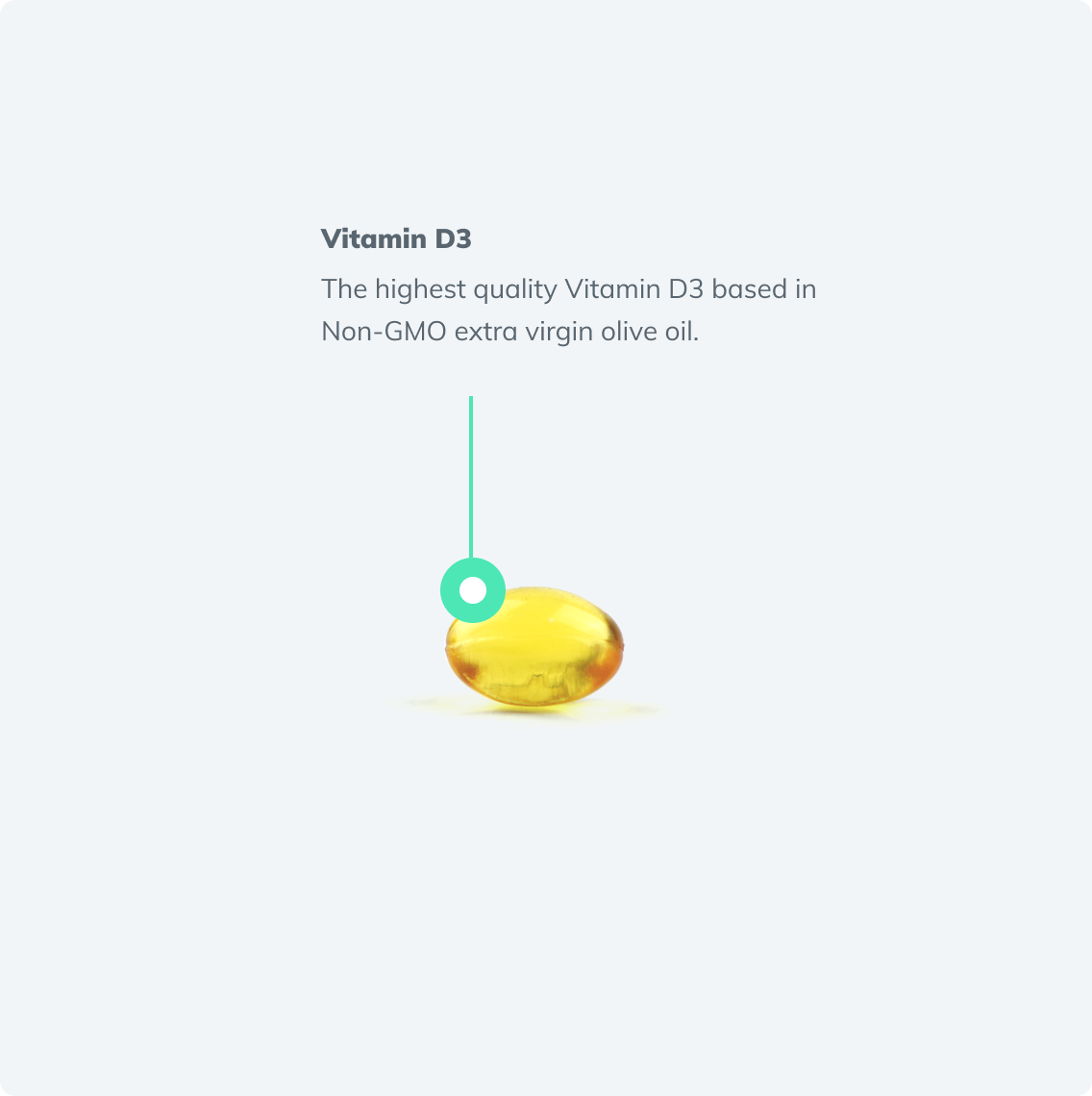 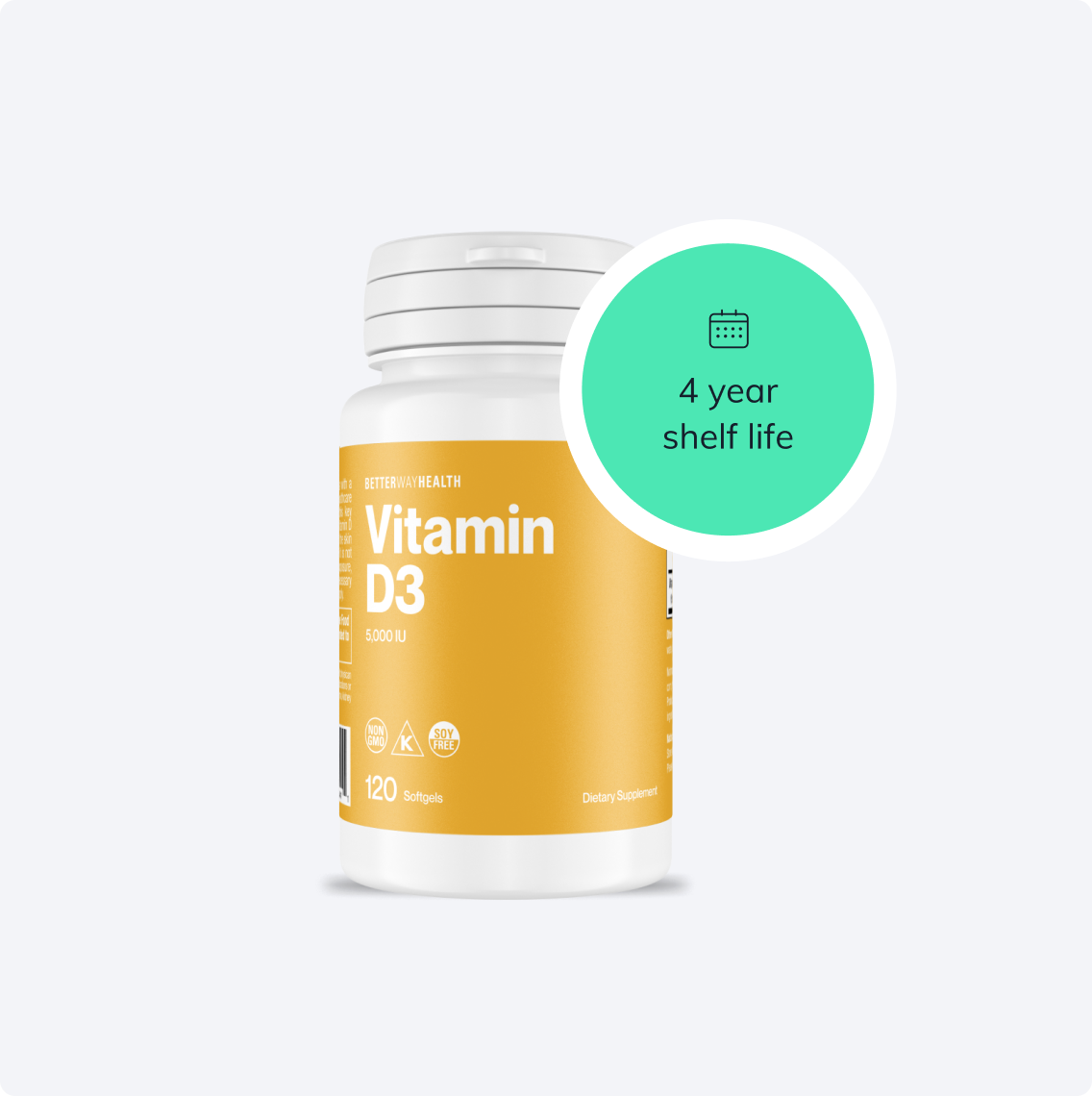 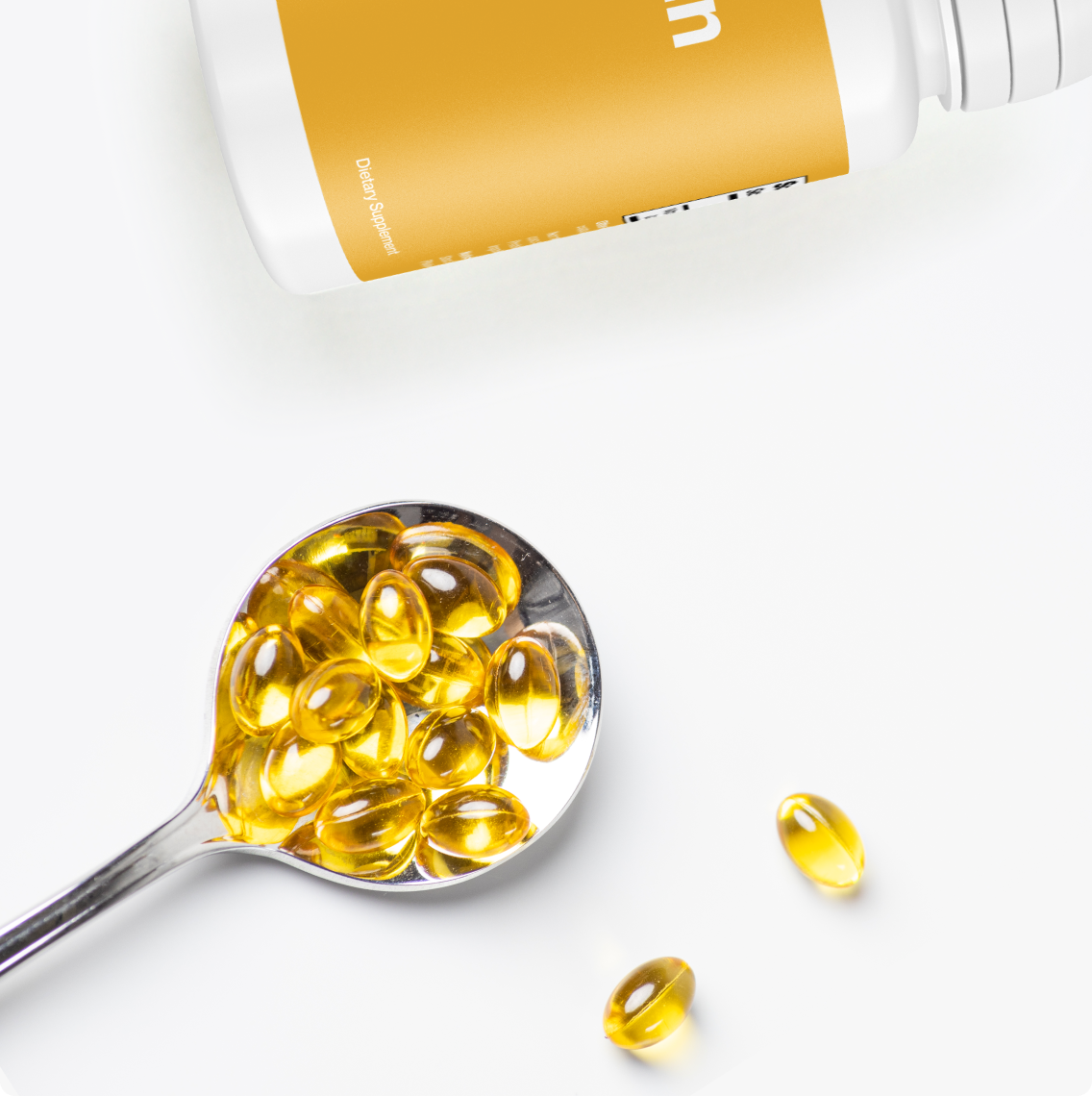 Our Vitamin D3 is made with the highest quality ingredients and based in Extra Virgin Olive Oil. This is unlike most D3 products, which are based in a highly allergenic GMO Corn or Soy Oil Capsule. Better Way Health D3 is also GMP-Certified, Non-GMO, Soy Free, Kosher, Gluten Free, Wheat Free, and Dairy Free.

Our Vitamin D3 is in the form of Cholecalciferol. Other forms of Vitamin D include calcifediol (also D3) and ergocalciferol (which is Vitamin D2).


Third-Party studies published as recently as 2016 show Vitamin D3 to be more effective than Vitamin D2 at raising the levels of Vitamin D in the bloodstream.
(“Effects of High-Dose Vitamin D2 versus D3….” | PubMed.gov, 2016)

While both cholecalciferol and calcifediol are a version of Vitamin D3, cholecalciferol is shown to be the most effective in general, but with a few exceptions when it comes to some specific health conditions. In those conditions, a doctor may prescribe calcifediol. Calcifediol is not a supplement; it's actually a drug and is not available over the counter or in supplement form.

Better Way Health’s highly absorbable Vitamin D3 from cholecalciferol is the Most Effective and Affordable way to Boost Your D3 Levels.

Better Way Health’s Vitamin D3 has a 4-Year Shelf Life. For optimum preservation, the product should be stored dry at room temperature. For example, a medicine cabinet or pantry would suffice. It is also perfectly fine to store the D3 in a freezer or refrigerator, which some people opt to do.

Notably, the quality / potency of Vitamin D3 will not be degraded in any way if the product is exposed to extreme temperatures. If the softgels have molded together during transit, you may find consuming the individual softgels more difficult, but still safe to take. For this reason, we highly recommend following along with the tracking information we provided in order to know exactly when the package arrives.

For more information about Vitamin D3, Better Way Health and more; visit our FAQ Page.
To speak to an Amazing Customer Experience Specialist, give us a call at 800.746.7640 or Email us at Support@BetterWayHealth.com

There’s a lot of conflicting information out there about the amount of Vitamin D3 someone should take. As it pertains to our Vitamin D3 product, we recommend following the Suggested Usage instructions on the bottle, which are to take one 5,000 IU Softgel every other day. However, some people may need more depending on your levels, which is why having your Vitamin D3 levels tested and consulting with a medical professional is extremely important.

IU stands for International Units, an internationally accepted method of quantifying the biological effect you can expect from a dose of fat-soluble vitamins. You can convert between micrograms or other metric units with IU, but each form of a given vitamin will have its own conversion factor.

Our Vitamin D3 does not contain nor is it manufactured with yeast, wheat, gluten, soy, corn, milk, egg, fish, or shellfish ingredients. However, it is produced in a GMP facility that processes other ingredients that may contain these allergens.

The recommended dosage of our 5,000 I.U. Vitamin D3 is one Softgel Every 2 Days for Adults (i.e., 2,500 I.U. per day). Due to the high potency of our Vitamin D3 Softgels, we recommend that you consult with your medical professional for the ideal amount to give to your child.

For a quick reference, a 2011 Study on Vitamin D3 Published in The Journal of Clinical Endocrinology & Metabolism suggests the following dosages for children:

“2.6 We suggest that the maintenance tolerable upper limits (UL) of vitamin D,

which is not to be exceeded without medical supervision, should be 1000 IU/d

and adults 19 yr and older may be needed to correct vitamin D deficiency.”

Our Vitamin D3 is recommended for human consumption only.

If you are pregnant or nursing, we recommend consulting with your health care professional before use as a precautionary measure.

Notably, a 2017 Study Published in the journal Obstetrics and Gynecology International details that the risk of Preeclampsia in Pregnant Women is 2x Higher when not supplementing with Vitamin D3:

“The intended intervention (i.e., prescription of vitamin D) has a protective effect

could help in reducing the incidence of gestational hypertension/preeclampsia”

There is a great deal of discussion on whether or not a person needs to take Vitamin K2 with Vitamin D3. In fact, there are many claims that K2 is necessary for the absorption of D3. There really isn't a solid peer-reviewed study showing the need/benefit of taking K2 in the same supplement as D3. Most individuals get plenty of K2 in their diets and supplementation is mostly unnecessary. Additionally, research indicates K2 should be taken at a separate time during the day (at least 3 hours apart), rather than in the same capsule or softgel with D3. We have opted to offer a high-quality, absorbable Vitamin D3 on its own, allowing our customers to choose whether or not they want to add Vitamin K2.

With over 3,700 verified 5-star reviews on Trustpilot, we can let our customers do the bragging.

I’ve been buying Beta Glucan from BWH for years because theirs contains the best sourced ingredients & their customer service is excellent. Telephone them & you will not go to voice jail but be attended to by a caring intelligent representative ready to answer any of your questions regarding their product & return policies.

My bottle of beta Glucan always arrives on time, I need not worry about missing a dose. The staff are very competent. I’ve been taking this for several months now and I feel I’m more energetic doing my chores from the moment I wake up til bedtime. No sweat! More power to BetterWayHealth!

Michelle answered my call and spoke…

Michelle answered my call and spoke with me for 45min. When I apologized for taking so much of her time, she said the company encourages their counselors to spend as much time as needed so that the customer is best served. I wish all companies would do that! I'm convinced these are the best products of their kind on the market.

Customer service is excellent. They are very knowledgeable about their products and seem to genuinely care about their customers. I have been taking Better way health’s beta glucan and curcumin for years and highly recommend this company and their products.

Better Way Health is a great company to work with. Their customer service people are so knowledgeable and helpful. Whether it's a question about the best way to use a product or accommodating a change in delivery schedule, their staff is always upbeat and courteous.

I used the chat and someone answered…

I used the chat and someone answered immediately - even though it was black Friday and they were probably very busy - I received superb service, very quick, very knowledgeable - this is the kind of company you want to buy from, honest, dependable, and they care about the customer.

Better Way Health has always come through for me. They only deal in a few products but they are at the highest quality add excellent customer service, fast shipping and you have an unbeatable company. Many thanks!!!

Really like the Beta Glucan. It's has the best ingredients & it's best on the market. I've done a lot of research & this product shines on top! Give it a try. Great customer service.

Better Way Health is always a pleasure to work with - superior US based customer service answers calls directly and professionally. I have a monthly subscription that I have revised a couple of times and they make the adjustment quickly and accurately. Products are top-of-class and produce real results. Thanks for always being there!

Super Satisfied with our products

I began taking the Beta Glucan about 16 months ago. I've NEVER been in better health. I had issues before with sinus infections, and an occasional upper respiratory infection. Nothing since taking Beta Glucan. We just received our Bosmeric-SR and we're anxious to see how it works for inflammation. Also. Customer service is TOP NOTCH!! God BLESS you all !