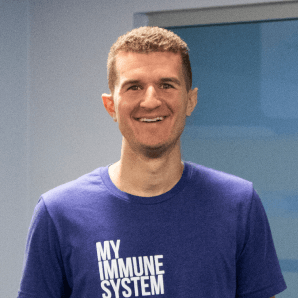 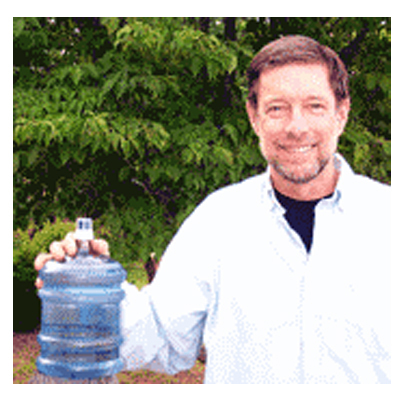 Article at a glance

On September 1996 David C Perkins, 56 years old, found himself alone, in his house, rocking in his favorite chair, running 105 degree fever wondering where it had all gone wrong. After a 20 year marriage he was a divorced father of two adult children and was struggling to get his life back together. An untreated adult ADHD sufferer he had started multiple businesses with varying levels of success.. With a degree in ”Fish and Wildlife management” from the University of Connecticut he had done everything from counting ducks in Knotts Island, NC nature conservatory to serving as an officer in the military to starting a business in glass etching.

Although his degree was in wildlife he had an innate talent for business. He was not cut out for the corporate world and genuinely liked people too much to play the political games. Instead he made a living out of starting businesses with creative ideas. His creativity, imagination and constant optimism were his gifts and they served him well. His shortcoming, you might say, was in the day to day monotony of running a business and all the details and structure that it demanded.

This inability to persevere and hang with one business proved to be a challenge that he could not overcome at the time. He fell into major debt due to a failing business venture. He had creditors knocking on the door and was one mortgage payment away from losing his home when his fever began.

The stress had finally gotten to him. Because he worked for himself, he did not have health insurance so he delayed getting treatment, assuming he had a virus. The fevers did not go away and soon he was in the emergency room. He was admitted to the hospital and then transferred to the VA hospital for further evaluation.

He spent a few days on the floors of the Atlanta VA Hospital with his ex-wife and daughter (both nurses) advocating for a swift diagnosis. He was very sick. His feet and legs had grown extremely edematous and he was breaking out in a rash all over. The high fevers continued. Large swollen lymph nodes appeared over his neck and groin. With pressure applied from his family due to his failing condition, the doctors finally ordered a tissue biopsy.

Before the results were available he was moved to ICU. He was in the beginning of total organ failure when it was determined that he had Stage IV, large T cell Non-Hodgkins Lymphoma. Then began the nightmare that western medicine calls “treatment.”

Chemotherapy Treatment
The protocol was standard (chemotherapy- CHOP) at the time for Non Hodgkins and his cancer responded well to chemotherapy. He recovered and all the symptoms went away. A year later the swollen lymph nodes returned as did the cancer. He was then prescribed another round of even more potent chemotherapy that caused profuse vomiting, sweating and severe emotional swings. Once again he recovered, but his cancer returned again. He was sent to Duke University for a final effort at fighting his disease and underwent a “curative” stem cell transplant. A few months after that procedure he went to the VA and they found a solid tumor in his abdomen, another sign of returning cancer. The doctors told him there was nothing else they could do for him outside of palliative chemo and he would be lucky to live another year. That’s when his real fight began.

Needless to say, he was in poor physical health. The 3 years of chemo and multiple rounds of high dose prednisone had taken its toll. He was thin and frail but his spirit was strong and resolved that he would get better. He was more determined than ever to fight. Even before he got ill he was an advocate for better living through healthy eating. He was a consumer of strictly organic foods from a local farmers market and often had “green cocktails” of kale, spinach, and herbs to boost his health and energy. He was a believer and promoted to others alternative medicine and the healing power of techniques like acupuncture and transcendental meditation .In fact, during his chemo and other treatments he was constantly seeking complementary medicine with supplements, vitamins, coffee enemas, juicing, infrared saunas, massages and other methods to promote healing.

Death Sentence
After his veritable death sentence from the VA physician, he decided to give up totally on traditional western methods and focus on his own healing through alternative means. Unemployed and not able to work, he moved in with his daughter and focused solely on his recovery. He spent 12 hours a day, 7 days a week and devoured all the information he could find on supplements, nutrition, herbs, chelation therapy, ionized water, rife machines, vitamin C IV’s, removal of mercury fillings, oxygen therapy, flax seed oil, beta glucan etc.. He became an expert on all the alternative methods for fighting his dreaded disease. There wasn’t an herb, supplement, nutrient or method that he was not versed on or at least aware of. As he learned, he practiced them all in his own life and soon he began to recover. A year later he went back to the VA hospital to find that his tumor was completely gone.

As he went through this recovery he would talk with others about what he was doing. Ultimately, the audience determined the reaction he got. Traditional medical doctors would look at him like he was crazy or just ignore his story altogether. Alternative medicine practitioners were not surprised by his results. But mostly he enjoyed talking to others who were going through cancer treatment themselves and sharing his story.

As he started feeling better his entrepreneurial roots began to grow again and he decided to start a business that would help others who faced similar struggles with cancer. He began Better Way Health in the basement apartment of his daughter’s house while still recovering. He began small with a single web page selling only water ionizers. He was passionate about ionized water and convinced it was a cornerstone to his recovery. Many times he would spend over an hour on the phone with people inquiring about the benefits of alkaline water. He would always share his own story and would only sell them an ionizer with a guarantee of a full refund if they were not satisfied with their purchase. This business grew slowly but, more importantly, he was thrilled to combine his love of health and helping people into something that could sustain him financially. His work became a labor of love and he was never happier or more fulfilled.

Natural Healing
Later he began to add other products that he felt were critical in his healing process, including Beta-1, 3D Glucan. It was with the addition of this product that he was introduced to Bill Henderson and his soon to be published book “Healing Cancer Gently”. They shared their stories and had the same vision for helping people with cancer. Bill was so impressed with Dave’s knowledge and his mission to help others that he recommended Dave’s website BetterWayHealth.com as a source for the “Better Way Health Beta Glucan 500” in his book. He did so because Dave was a great resource for information on all types of alternative health treatments.

Although persistence had been an issue for Dave before, he did not find the same challenges with this business. What he was doing every day was clearly personal to him. He had found his passion and enjoyed talking to and helping others overcome their health challenges as he had been able to do. The business is now 15 years old and growing strong carrying on the vision of its founder. Unfortunately Dave died suddenly of a pulmonary embolism 3 years ago and so is not here to appreciate what his company has become for many people. His children and widow now own the business and are determined to carry on the legacy that Dave left behind

Our ACES Team is always there to help.

For more information about beta glucan, Better Way Health and more, visit our FAQ page. To speak to an Amazing Customer Experience Specialist, give us a call at 800.746.7640or email us at hello@betterwayhealth.com

For International orders, return postage is the responsibility of the customer wishing to return products for a refund. These returns should be sent to the following address: Better Way Health 1000 Cobb Pl Blvd, Suite 407, Kennesaw, GA 30144.

Everyone loves to receive their package as soon as possible. We do our absolute best to get your orders to you in a timely manner. Nearly every order placed during weekdays will ship out same-day when your order is submitted before 4pm EST.

If your order is placed over the weekend or late on Friday afternoon (after 4pm EST) your package will most likely be shipped out on Saturday or the following Monday (excluding Holidays).

Once your order leaves our facility, it will arrive to you in about 3-5 business days (U.S. Orders) if you select the Free Shipping method. For those who need their packages faster, we offer several expedited options for an additional charge. You can view all of those options during the check out process.

To take advantage of free shipping, be sure to purchase at least $50 worth of products and your entire order will ship free! For Subscribe & Save members, you will receive free shipping regardless of your total (US customers only). If you have any questions about the shipping process feel free to send us an email at support@betterwayhealth.com or give us a call at 800-746-7640.

“This product is the best for who want to boost their immune system, I strongly recommend it.”

“I take it everyday first thing in the morning, and it helps my swollen joint pain in my left knee. ”

“taken daily for many years. Satified that it has given us a excellent immune system.”

“My health has greatly improved since taking Beta Glucan 500.”

“I am now into my second year of this product and am very satisfied with the results.”

“I have two auto-immune diseases and smoked cigarettes up to seven years ago. Fearful of declining health as I age, I started researching ways to improve my health. I came across t...”

“I have been taking Beta Glucan 500 for about 10 years. That is saying something because I am tight! ”

“My favorite supplement I take ”

As COO of Better Way Health, Taylor creates and Implements business operations & policies that reinforce our company culture. He ensures we stick to our core values and provides resources to elevate our team members in their respective roles. He is the day-to-day backbone of our world-class customer service and a seasoned authority on Beta Glucan.